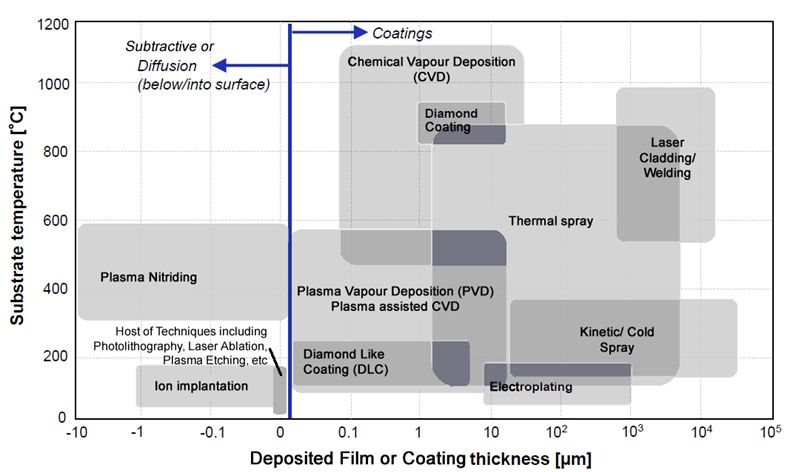 Carbide composite thermal spray coatings are widely used to mitigate wear and erosion. The powder feedstock typically consists of agglomerates of carbide particles (primarily WC and Cr3C2) bonded with metallic binder particles of Co or NiCr.  During spraying the composite powder particles are heated to soften and melt the metallic binder, to allow the particles to spread upon impact with the substrate to form “splats”.  The build-up of multiple splats on top of each other results in the formation of the coating.

This presentation summarises the research into developing this concept in Cr3C2-NiCr thermal spray coatings.  Initial trials were performed to optimise the formation of high carbide dissolution coatings using conventional carbide composite feedstock powders.  Critical to the concept was generating high degrees of carbide dissolution without the loss of carbon.  This lead to the development and optimisation of gas shrouding systems to prevent in-flight oxidation.  The development of the carbide microstructure within the highly supersaturated, metastable coatings with heat treatment was studied using DSC to characterise the critical temperatures needed to generate the desired phase transitions and carbide precipitation.  This work highlighted the significance of precipitation from the supersaturated metallic matrix, but also the importance of the metastability of the secondary carbide phases formed.  Heat treatment trials, ranging from several hours up to 30 days, were used to characterise the development of the carbide microstructure and the steady-state coating compositions that were formed.  The range of microstructures, from nano-carbide precipitates through to interconnected carbide networks, are reviewed to illustrate the diversity of carbide composite structures that were formed through this concept.

ABOUT THE PRESENTER
Steven Matthews graduated with an undergraduate degree in the Department of Chemical and Materials Engineering, The University of Auckland, New Zealand in 1998.  He completed his PhD in the same department in 2004, working in the area of high temperature erosion resistant Cr3C2-based coatings deposited by high velocity thermal spray techniques.  From 2004-2007 he worked as an R&D Manager for Bekaert Advanced Coatings in Belgium, focusing on the design and manufacture of industrial sputtering targets.  He returned to New Zealand in late 2007 to take up an academic position as Materials and Manufacturing lecturer in the School of Engineering and Advanced Technology, Massey University.  In early 2015 he moved to The University of Auckland to take up a position within the Department of Chemical and Materials Engineering.