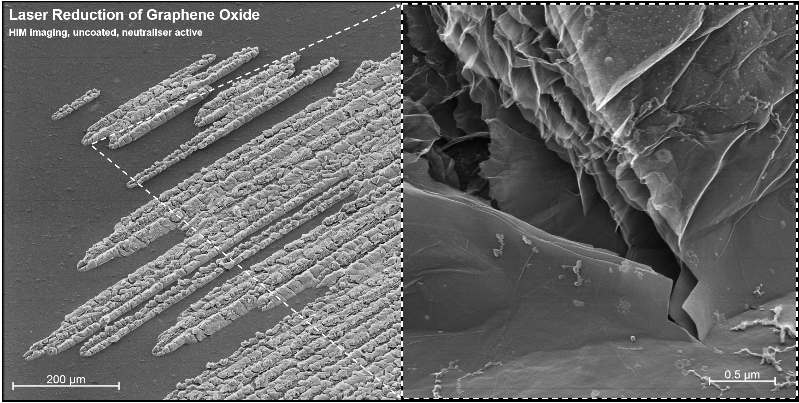 In this SEAM Public Seminar Dr Anders Barlow (Materials Characterisation and Fabrication Platform (MCFP), The University of Melbourne) introduced and discussed the technique, of Zeiss ORION NanoFab HIM, one of only four in Australia, its strengths (and weaknesses) and how it can be applied in materials engineering.The helium Ion microscope (HIM) is a scanned ion probe instrument that is similar in many respects to that of the well-established scanning electron microscope (SEM). Fundamentally, however, the two differ in that the HIM utilises a beam of He+ ions generated from a gas field ion source (GFIS). This affords beam characteristics superior to that of an electron source; very low chromatic aberration, orders of magnitude higher brightness, greater depth of field, and an ultimate imaging resolution that is not diffraction limited. Unsurprisingly then, the HIM may be destined to become an important imaging tool in the materials and life sciences, where there is an ever-pressing demand to look closer at surfaces and elucidate the finest nanoscale features.

Dr Anders Barlow is an Academic Specialist within MCFP where he manages the helium ion microscopy node of the platform, alongside other synergistic instruments. Dr Barlow was awarded his PhD in 2012 from Flinders University where he studied the surface functionalisation of carbon nanomaterials using plasma, applying surface analysis methods to gain a mechanistic understanding of the surface reactions. From 2012-2016 he held a Research Fellow position at Newcastle University, UK, at the National EPSRC XPS Users’ Service (NEXUS) where he managed a suite of XPS instrumentation, and, in 2016, the HIM.Dr Barlow returned to Australia in 2016 where he joined the La Trobe University Centre for Materials and Surface Science, and in 2018 joined the University of Melbourne. Dr Barlow’s primary research interest lies in instrument and multi-technique development, leveraging the strengths of multiple techniques against one-another.