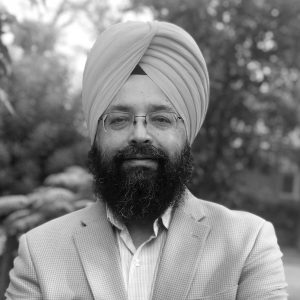 Dr Harpreet Singh is currently working as a Professor and Dean (ICSR) at Indian Institute of Technology Ropar (INDIA). He completed his PhD from Indian Institute of Technology Roorkee (2005) on high temperature corrosion of superalloys and its prevention by plasma spray coatings.  He has been doing extensive research work in several areas related to surface engineering and manufacturing since the year of 2002. He has contributed more than 150 research papers in various international/national journals and several book chapters. He has done pioneering work to explore the use of cold spraying to develop erosion-corrosion resistant coatings. Professor Singh has completed and been pursuing several national and international sponsored projects with funding from MHRD, DST, CSIR, DRDO, EPSRC, IUSSTF and UKIERI.

Professor Singh has two patents to his credit along with seven patents under processing. He has successfully supervised a number of doctoral candidates. He is equally involved in teaching UG/PG engineering students for the last 25 years. He has visited several countries including USA, UK, Netherlands, Australia, Canada, South Korea, Spain and Germany to attend various international conferences and as part of academic delegations. He has also coordinated several short-term courses and delivered many expert lectures in various institutes in India and abroad. He is a recipient of Kansai Nerolac Excellence Award for the Excellence in Coating Research, Young Scientist Award, Career Award for Young Teachers (CAYT) and Maharashtra State National Award for the Research Work done by the Teachers of Engineering Colleges-2007 Society for Surface Protective Coatings (India), Punjab Academy of Sciences, AICTE and ISTE respectively. He has recently been awarded with Faculty Research and Innovation Award by his institute for his technical contribution to Surface Engineering and Manufacturing.

Professor Singh is an Adjunct Professor with Swinburne University of Technology (Australia) and an  Associate Investigators with SEAM.