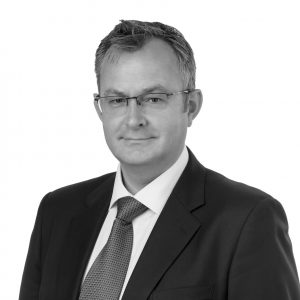 Steven Benn is a member of the SEAM Executive Committee, as an independent. He is with the Future Industries Institute (University of South Australia), as a Director of Applied Technology. In addition Steven Benn is the Director of PrioriAnalytica Pty Ltd, since March 2019, a software technology company providing advanced analytics solutions to the Oil and Gas Industry. Previously, Steven held the position of Principal, Technology, at Santos Ltd. Steven founded the Technology Group and the Advanced Analytics Team at Santos and is now recognised as a global expert in the fields of Prescriptive and Predictive Analytics in Oil and Gas. He was also responsible for the conception and build of the largest private 4G/LTE network in the Southern Hemisphere.

Prior to joining Santos Steven ran his own consulting firm for several years providing IT and Technology consulting to the Oil and Gas Industry. Clients included: BP, Shell, ENI, Equinor, Suncor, Elf, Lasmo, Enterprise Oil. Steven has previously won the Oracle Global Innovation Award (2014) and the Australian Information Industry Award for Industrial and Primary Industries Innovator of the Year (2017). Steven has been a presenter, panellist and technical Chair at numerous leading industry forums including IHS Ceraweek and the SPE Intelligent Energy Conferences.