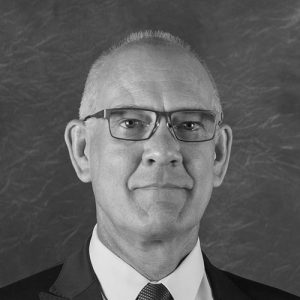 Professor Russell Crawford is the Executive Dean of RMIT’s School of Science, RMIT University. His previous roles include Dean of Science, Dean of the Faculty of Life & Social Sciences and Head, School of Biophysical Sciences and Electrical Engineering at Swinburne University of Technology. He has also held the position of President, Australian Council of Deans of Science (ACDS), and is currently a member of the ACDS Executive.

His research is in the broad area of surface science, with his early work focussing on the surface chemistry of mineral flotation and the removal of heavy metals from aqueous environments. His more recent research investigates the ways in which biological organisms interact with solid substrate surfaces, particularly those used in the construction of medical implants, with a view to developing implant surfaces that resist or prevent bacterial attachment.